Warning: Declaration of Bootstrap_Walker_Nav_Menu::start_lvl(&$output, $depth) should be compatible with Walker_Nav_Menu::start_lvl(&$output, $depth = 0, $args = NULL) in /home/customer/www/granitomem.skylight.is/public_html/wp-content/themes/1granitomem_1209/functions.php on line 16
 The Granito Files: Pamela Yates | Granitomem

Pamela Yates was born and raised in the Appalachian coal-mining region of Pennsylvania but ran away at the age of 16 to live in New York City. Yates is a co-founder of Skylight Pictures, a company dedicated to creating films and digital media tools that advance awareness of human rights and the quest for justice by implementing multi-year outreach campaigns designed to engage, educate and activate social change. Yates’ films have spanned the globe geographically, covering a wide spectrum of human experience. She directed When the Mountains Tremble (the prequel to Granito) about a revolutionary moment in Guatemala, that won the Special Jury Prize at the first Sundance Film Festival. She also directed a trilogy of films Living Broke in Boom Times, an inside look at homeless activists’ movement to end poverty. She is currently working on a quartet of films about transitional justice. The first, State of Fear based on the findings of the Peruvian Truth Commission, has been translated into 47 languages and broadcast in 154 countries. The Reckoning: The Battle for the International Criminal Court is an international thriller about the possibilities and pitfalls facing humanity’s quest for world justice; Granito the third film, revisits the subjects of her previous 1982 film When the Mountains Tremble after the film and all of its outtakes become forensic evidence in an international war crimes case. Part detective story, part memoir, Granito transports audiences through a riveting, haunting tale of genocide and justice spanning four decades. Yates is also developing a sister transmedia project, Granito: Every Memory Matters. She was awarded a Guggenheim Fellowship in support of her current film, Granito. Yates is also the Executive Producer of the Academy Award winning Witness to War, the Producer of the Emmy Award winning Loss of Innocence, and the Overseas Press Club Award recipient for State of Fear. 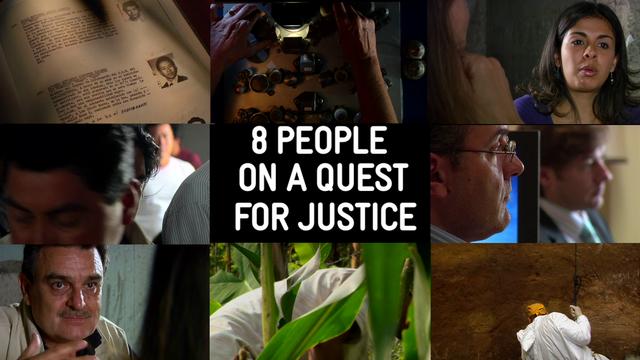